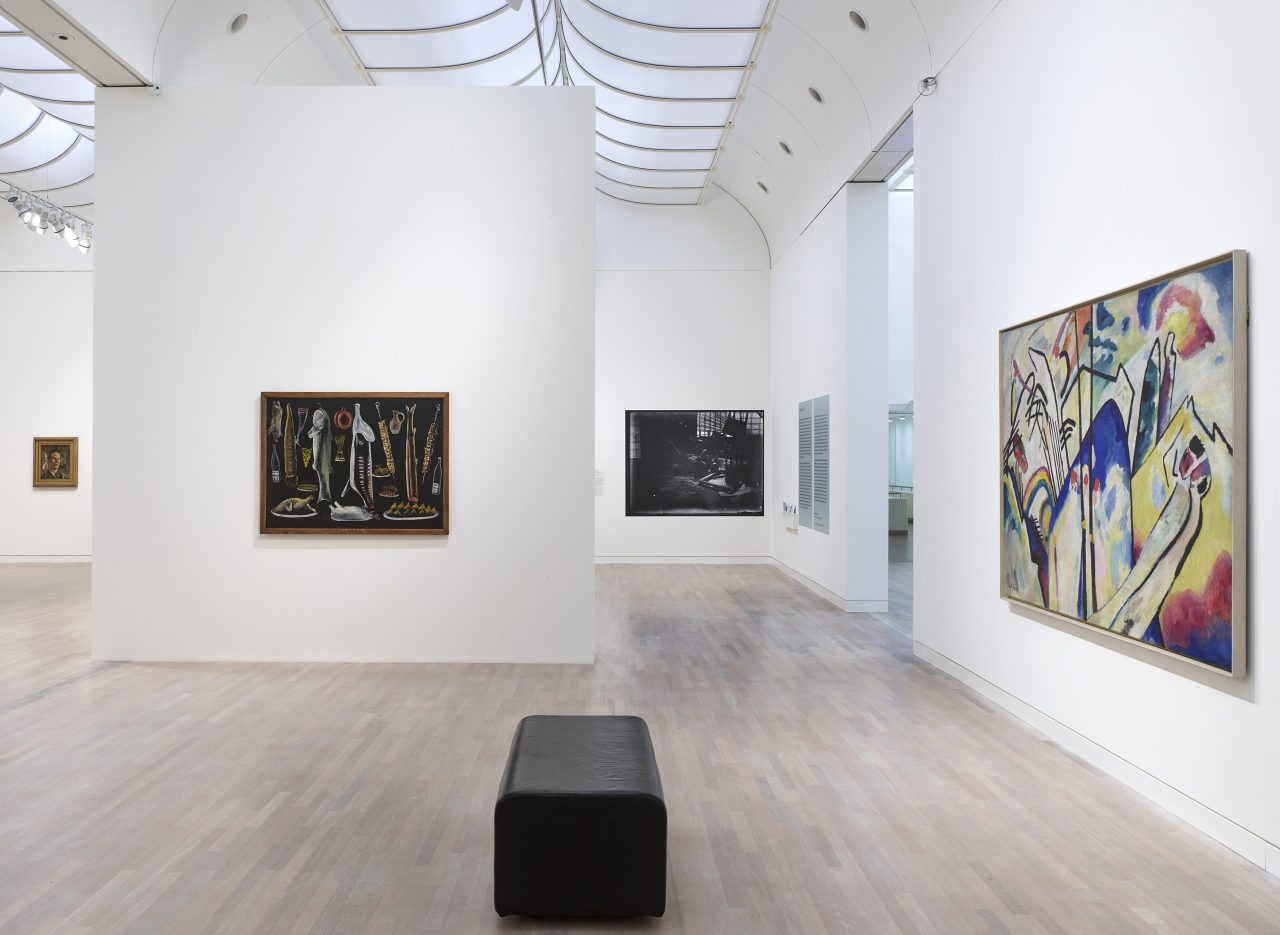 a microhistory about Niko Pirosmani and the Moscow Neo-primitivism for the exhibition museum global. Microhistories of an Ex-centric Modernism

Presented in K20 in the galleries of the permanent collection will be hitherto little-known artistic positions, at times in dialogue with selected works owned by the Kunstsammlung. They showcase other perspectives and constellations which give rise to questions of considerable urgency today: How do national and cultural identities emerge? How are emigration and exile reflected in the works of individual artists? How do journeys, encounters, and exchanges influence art and cultural politics?

The paintings of Georgian self-taught artist Niko Pirosmani (1862–1918) cast a new light on the so called Neo-primitivist phase of the Russian avant-garde, in which artists, poets, and musicians displayed an enthusiasm for folk art and other archaic art forms.

Pirosmani lived in Tiflis (now Tbilisi), where he worked as an independent painter as well as on commission. On the border between Europe and Asia, his primary influences were Orthodox icons and Persian miniature painting, with whose pictorial traditions he was deeply familiar, although he lacked a formal art education. His paintings depict the social conditions of a world where tradition met progress at the turn of the twentieth century. In 1913, young artists from St Petersburg—the Zdanevich brothers and Mikhail Le-Dentiu—discovered a group of his paintings on dark oilcloth in a tavern during a journey through the Caucasus. They hailed the works as “the embodiment of natural talent from the East”.

That same year, the painter Mikhail Larionov organized the Target group exhibition in Moscow in which young, radical contemporary art was displayed alongside Russian Orthodox icons, shop signs, and works of popular graphic art known as lubki. Pirosmani’s paintings were praised for their directness, a trait that many believed had been lost. It was the first time his work—displayed alongside paintings by such artists as Kazimir Malevich, Mikhail Larionov, and Marc Chagall—was shown in an artistic context.

The microhistory is discussed in detail in my essay “Long Live the eautiful East!” Nikor Pirosmani and the Moscow Neo-Primitivists published in the exhibition catalogue museum global. Mikrohistories of an Ex-centric Modernism, Wienand Verlag, Cologne, 2018. 280 pages, numerous coloured and black and white images.

The exhibition is the result of several years’ research and the first step in our project to survey and understand a transcultural modernism. My research trip to Mexico was funded by the Goethe-Institut. The research project has been initialized and is funded by the Federal Cultural Foundation.