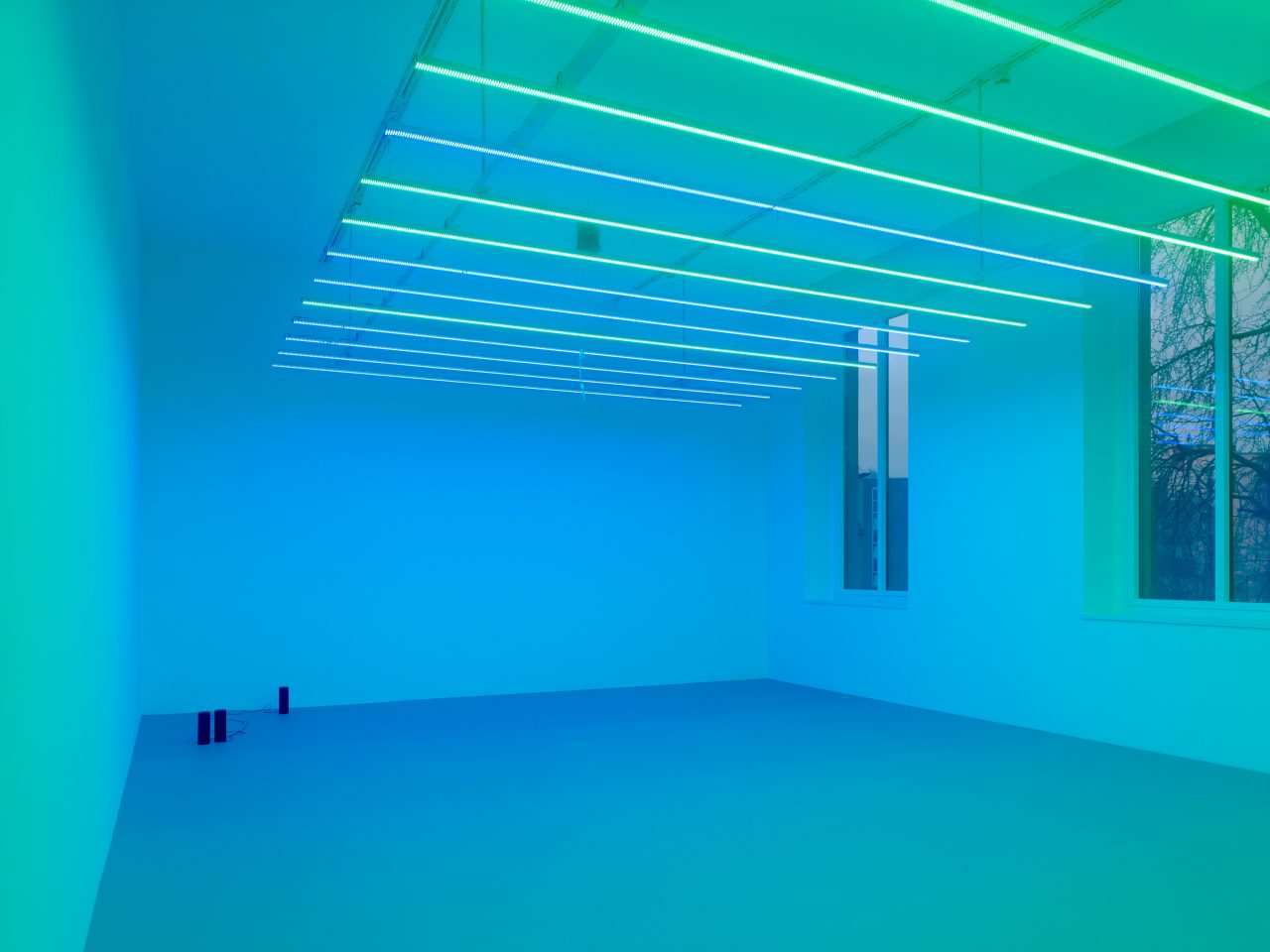 In her current work, Pamela Rosenkranz (*1979 in Altdorf, Switzerland) grapples with a multiplicity of materials that are, typically, encountered in the high-tech industries of electronics, pharmacology, or entertainment. By dealing with the achievements of technology and medicine, which have shaped society as well as the modern individual’s relationship to nature and culture, scientific grounding and speculation go hand-in-hand in Rosenkranz’ works. The suggestive impact of her pieces is reinforced by the targeted use of colors, such as blue, ostensibly the hue of immateriality, or flesh tones, which act as surrogates of the human body.

For a so-called “artist’s room” at the K21, Rosenkranz developed a new installation that reflects her preoccupation with the Amazonian ecosystem, while investigating the boundary between organic and inorganic modes of existence. Rosenkranz captures the atmosphere of a hyperartifical rainforest with a combination of light and sound and the presence of a synthetic substance called “Anemine”. This fluid, presented in an IV bag, is based on the ancient and abundant natural properties of the Amazon rainforest. Recordings from the Amazon, played on Amazon-branded speakers, echo inside the exhibition space, while the strange liquid is dripping from the ceiling of the museum. The space is turned into a surreal environment that engulfs visitors with its bright green and blue LED lights, making their eyes adjust to this situation and thus changing their perception.