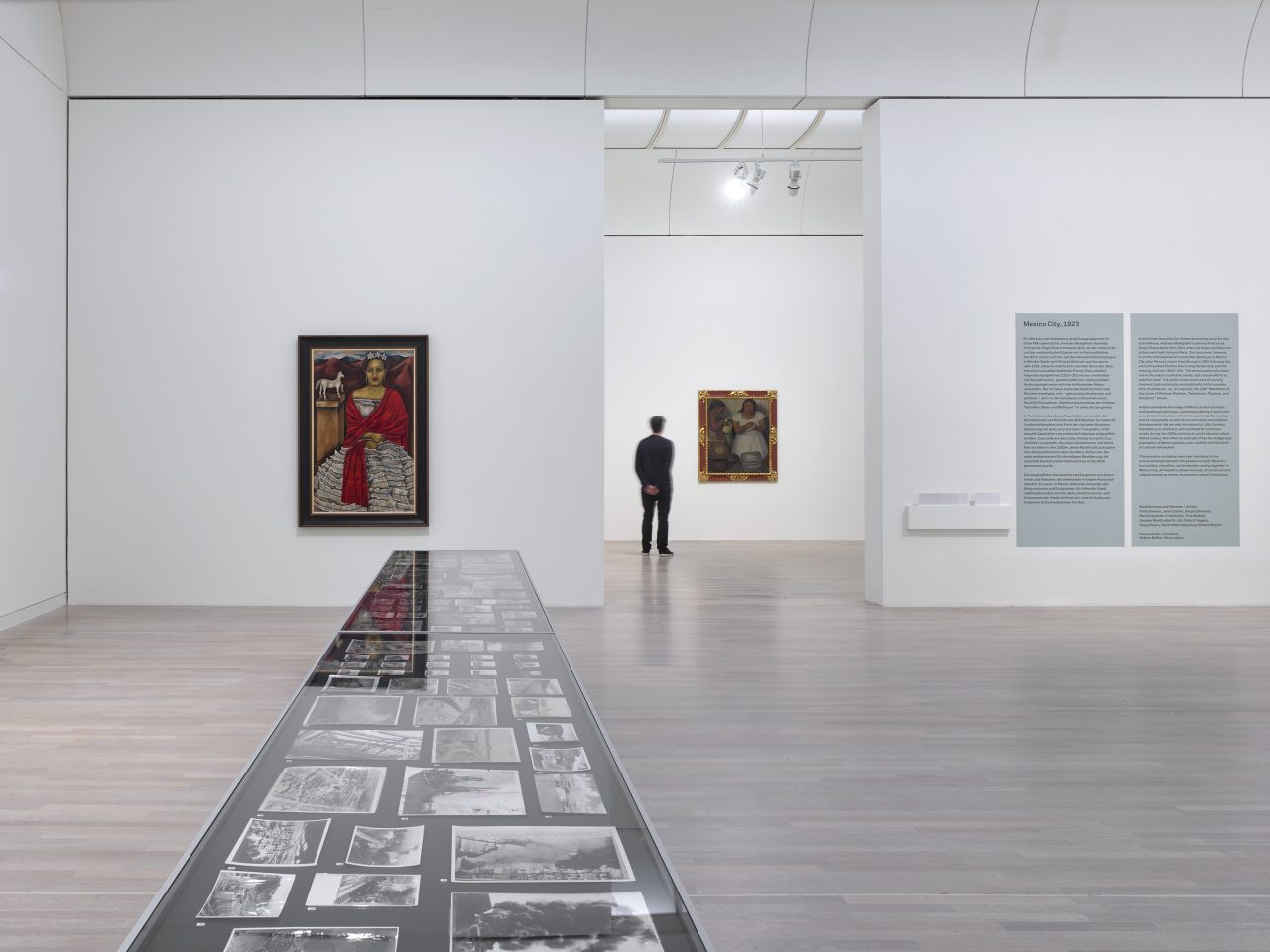 a microhistory for the exhibition museum global. Microhistories of an Ex-centric Modernism

Presented in K20 in the galleries of the permanent collection will be hitherto little-known artistic positions, at times in dialogue with selected works owned by the Kunstsammlung. They showcase other perspectives and constellations which give rise to questions of considerable urgency today: How do national and cultural identities emerge? How are emigration and exile reflected in the works of individual artists? How do journeys, encounters, and exchanges influence art and cultural politics?

A work from the collection of the Kunstsammlung forms the starting point for the microhistory Mexico City 1923. Amedeo Modigliani’s painting Portrait de Diego Rivera dates from 1914 when the Italian and Mexican artists were both living in Paris. Our focus here, however, is on the international art scene that sprang up in Mexico City after Rivera’s return from Europe in 1921 following the end of President Porfirio Díaz’s long dictatorship and the ensuing civil war (1910–20). The art scene played a major role in the nation’s political, social, and cultural efforts to redefine itself. The artists shown here were all actively involved, both artistically and politically, in this complex time of upheaval—as, for example, the 1923 Manifesto of the Union of Mexican Workers, Technicians, Painters, and Sculptors shows.

Artists addressed the image of Mexico in their portraits and landscape paintings. Landscape painting in particular provided an immediate vehicle for examining the country and its topography as well as current events and political developments. We are also introduced to Julia Jiménez González (Luz Jiménez), who modeled for numerous artists during the 1920s and was an active educator about Nahua culture. She offers an example of how the indigenous population of Mexico gained a new visibility with the birth of cultural nationalism.

The artworks on display here also bear testimony to the active exchange between the people involved. Mexican-born artists, travelers, and emigrants coming together in Mexico City, all helped to shape its lively, attractive art and cultural scenes as well as its nascent cultural institutions.

The microhistory is discussed in detail in The Political Landscape. Two traces of Mexican Modernism (authored together with co-curator Kathrin Beßen) published in the exhibition catalogue museum global. Mikrohistories of an Ex-centric Modernism, Wienand Verlag, Cologne, 2018. 280 pages, numerous coloured and black and white images.

The exhibition is the result of several years’ research and the first step in our project to survey and understand a transcultural modernism. My research trip to Mexico was funded by the Goethe-Institut. The research project has been initialized and is funded by the Federal Cultural Foundation.