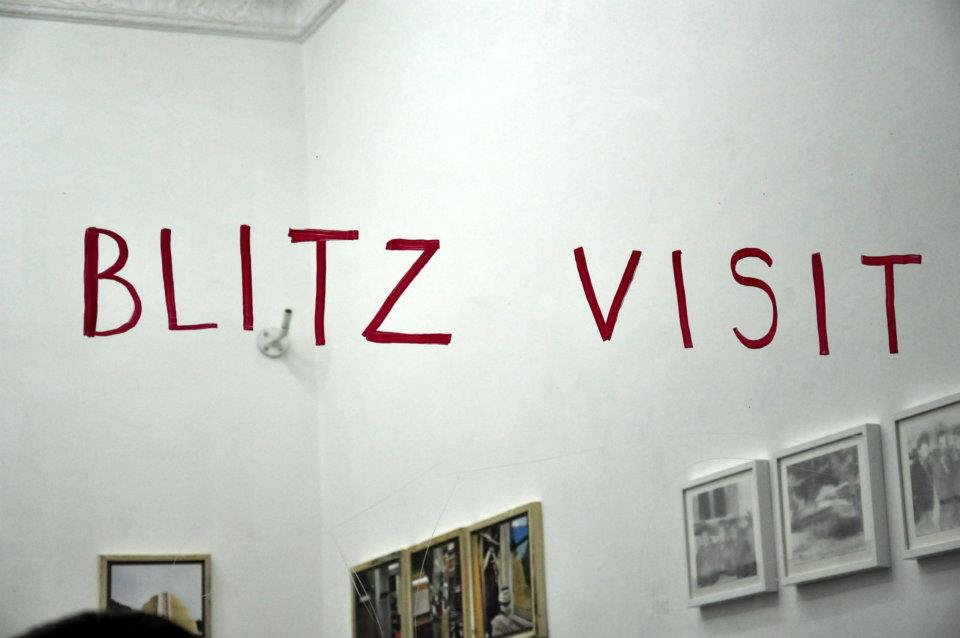 Normality in the state of emergency: once the „happiest barrack of the Eastern bloc”, Hungary is in the focus of attention by Europe once again. The sustained protests of 2006 and the following illiberal governance led to radical changes in politics, and thereby also within the society in general. What is it like to live in this country, and do the effects of these recent changes reflect in the arts already? How does the new generation of the Budapest art scene react? How is Budapest now?
Blitz Visit, curated by Nóra Lukács and Katja Melzer, presented 8 artistic positions investigating current everyday life in Hungary. The pop-up group exhibition was complemented by a screening and talks by the artists present. Taking place during the opening of the Berlin Biennale and the Gallery Weekend in Berlin (April 27-29, 2012), this was the first exhibition initiated and organized by Igor Metropol abroad. The project attracted a lot of attention by its unorthodox curatorial approach and its critical, often ironic artistic positions.