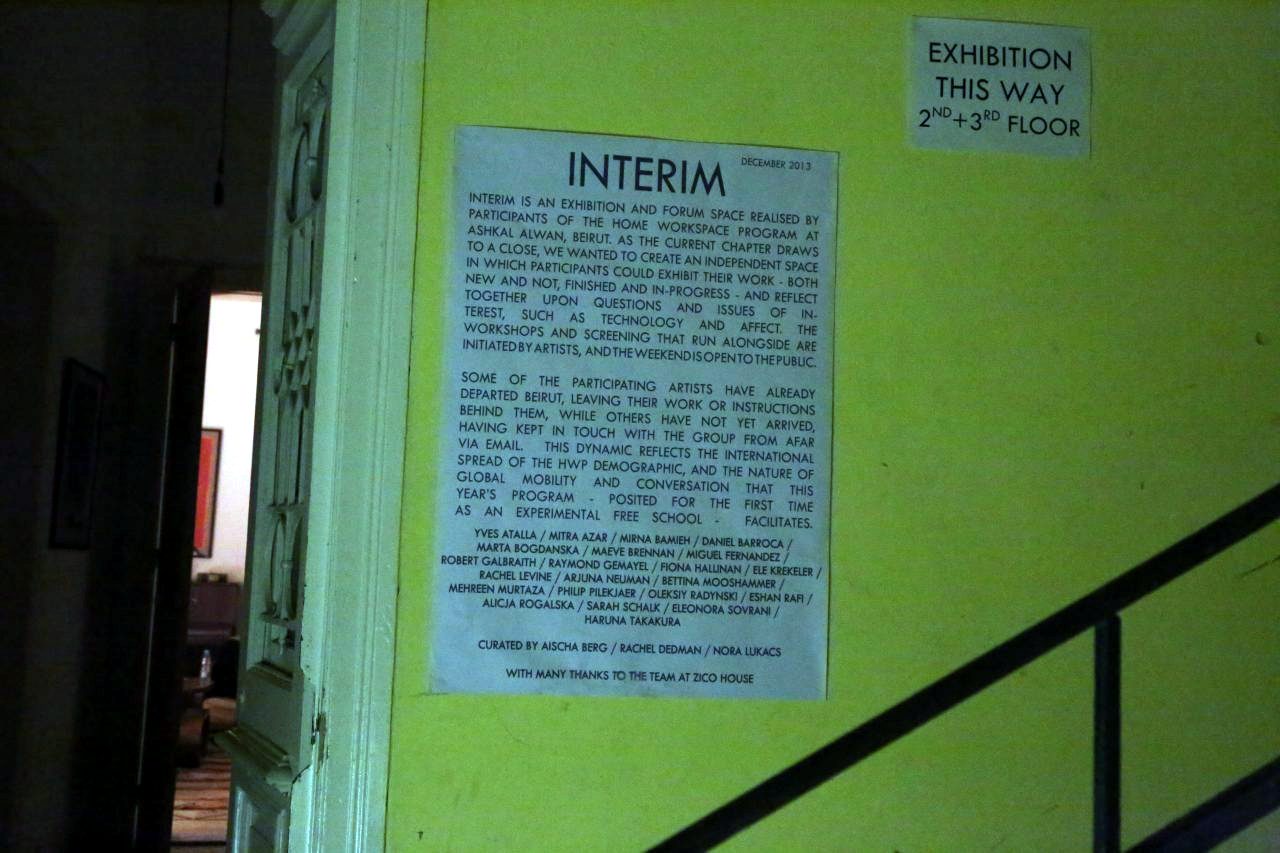 INTERIM was an exhibition and forum space realized by participants of the Home Workspace Program of Ashkal Alwan, Beirut in 2013-2014. The experimental art school was led that year by resident professors Anton Vidokle and Jalan Toufic. As Chapter 1, taking shape under Adam Curtis’ ongoing screening presentation The Despeate Edge of Now, was drawing to a close, we – the participating curators (Berg, Dedman, Lukács) – initiated to create a space, independent from the school itself, where participating artists could exhibit their work (be it new or old, finished or in-progress) and reflect together on questions and issues of common interest. The exhibition took place at Zico House and ran alongside the workshops and screenings initiated by artists of the program. Due to the open nature of our call for proposals, simultaneously targeting all participants of Home Workspace Program 2013-14, the work shown was greatly varied. Interestingly, some of the participants had already left Beirut, leaving their work or instructions behind them, while others had not yet arrived and only kept in touch with the group via email. This dynamic reflected the international spread of the Ashkal Alwan’s program’s demographic that year, as well as the nature of global mobility and conversation that the program – posited for the first time as an experimental free school – facilitated.